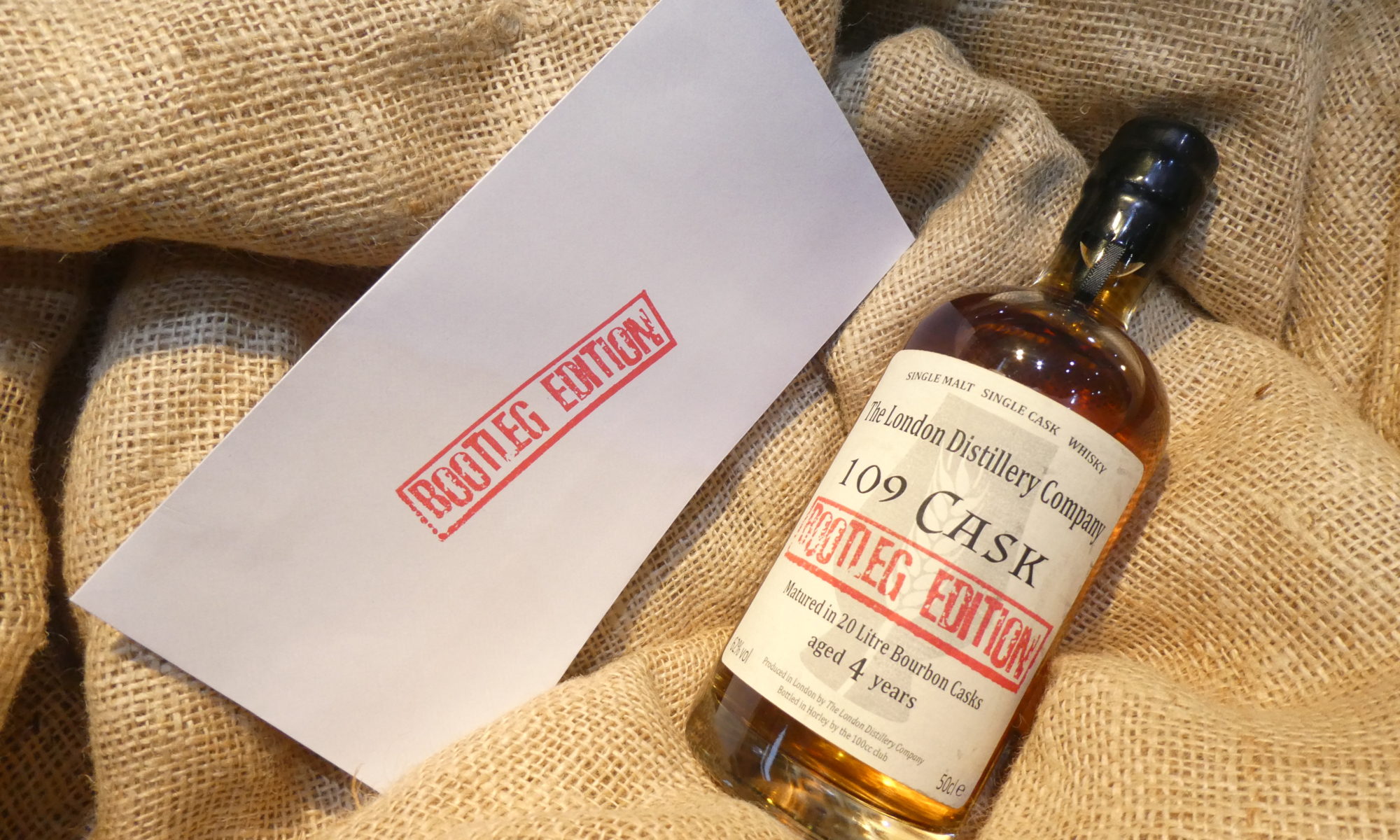 You are probably wondering what this listing is all about, right?  Good question!

To answer it, lets rewind back to 2015. The London Distillery Company became the first distillery in over a hundred years to begin distilling whisky in London.  Whisky visionary Darren Rook took the company kicking and screaming into whisky production. And it was not an easy journey.  There have been casualties.

Matilda, the TLDC 650 litre whisky still, has only run in anger a few times and even now, she is not running.  But back then in 2015, she was working and the product of those early runs of Matilda were a batch of tiny twenty litre casks. Just 109 of them. These little oaken babies had spent their first two years holding bourbon at the Kings Country Distillery in New York before arriving in London for their (and the worlds) first taste of London produced new make for a century.  The casks were sold to customers and shareholders and they got snapped up pretty fast.

The 109 series casks were filled in September 2015 and by December of the same year, Matilda had been put into storage – not yet to return to operation.

By late 2018 the casks came of age and were offered for collection to the owners.  Cask 59, this one was left in the cask for another year and then bottled in December 2019 at cask strength of 62%.

Putting the spirit into 20 litre casks was inspired.  The large surface area per litre of spirit accelerates the ageing and you could easily be mistaken for thinking you are drinking a much more mature spirit.

In homage to the TLDC legacy and to acknowledge that TLDC do actually have some of the 109 to sell, we are calling our single cask whisky the TLDC 109 Bootleg Edition.

But enough with the back story – there are not any detailed tasting notes with this whisky.  It is cask strength and the small run of 109 diminutive casks means that as you can imagine, this is a unique whisky.

Ordering info: Please note that we can only sell whisky in the UK.  Also, note that due to licensing laws, we can only sell alcohol on specific dates.  You can pre-order as normal and we will despatch your whisky on our next licensed date: – our next slot is Early 2022. Age verification will be required. You will be charged when you pre-order not on despatch.

Note: If you would prefer the TLDC release, we are not offended – you can buy it from British Honey Company here. Their release has matured for one more year but is not single cask.

If you got here direct from the Workshop Mayhem pages and want to find out more about the 100cc club, you can get the the website here.